I realized today, that it’s been almost 4 months on the road this “summer”.  I was going along in my mobile home…..

As we were moved to another location.  I was happy.  Not exactly delirious, but sincerely, truly happy.  I laughed as I realized I was “at home”.  The 802 was humming along (as 802s do), the air was smooth…(lots of times it isn’t), the scenery was beautiful, and I was in formation with one of my favorite people with which to fly formation…..

“Mobile Home” is truly what the 802 has been to me this summer.  The “Great Basin Geographic Tour” has had me from SW Utah, to Las Vegas, to Idaho (both East and West), and across from Reno to Ely numerous times.  Each morning, the bag is packed, put in the plane, preflight done, and briefing completed (sometimes briefing is brief…and sometimes….well, let’s just say that the government employee tasked with the briefing hasn’t contemplated exactly how far we can go in a day…).

Many retirees, and semi-retirees, buy a motorhome to tour the West.  I’ve been lucky.  I toured much of the West this summer.  I’ve seen some sights….

Canyons, rivers, places that even during the heights of tourist season were deserted.

Colors, and bluffs that boggle the mind. 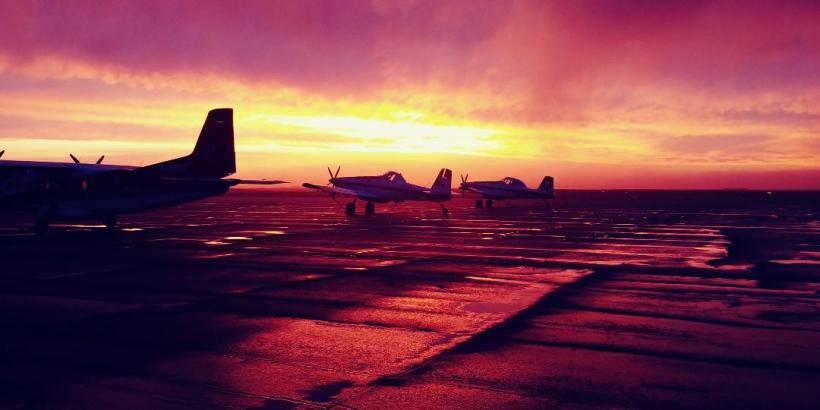 And Fire.  Our enemy…and, our reason for existence as aerial fire-fighters.

Pictures do not show the hell that exists in a wildfire.  The vast wind-driven blowup of fire in the above photo looked like a vision into a larger-than-life blacksmith’s furnace.  The extreme glow, wind, and turbulence drove us to a safe haven some miles away.  The flame heights of 200 plus feet are unbelievable.

The cold, wet, rainy start of the season gave way to hot summer days.  The hot summer days are now giving way to high cool clouds, the wet smell of freshly-cut alfalfa, and the light wind that makes you keep a jacket nearby. 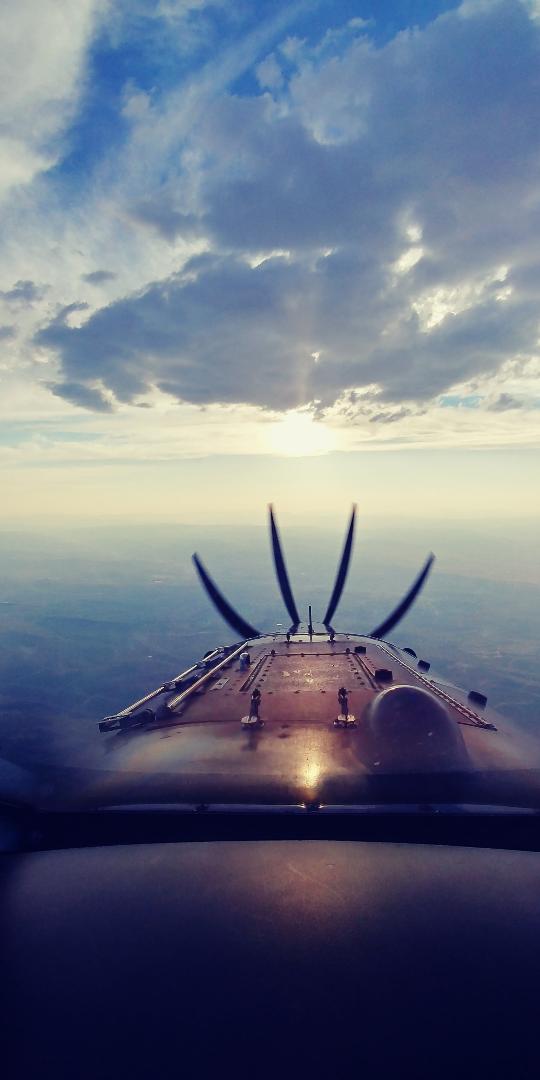 The haze of smoke became our constant companion for a few weeks, challenging our VFR skills.

And, then, a few days off, spent with dear friends at their cabin by the lake…. 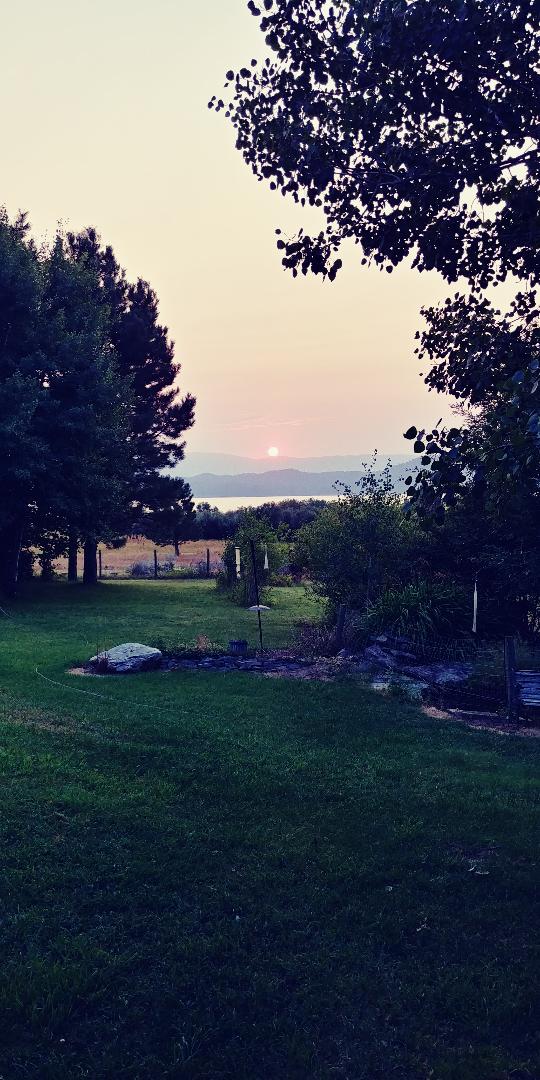 I’ve been privileged to fly  many days this summer with one of the best pilots I know.  We’ve always had similar styles, but a 100 plus days together, and well over a 100 hours together in the air have led to a very comfortable environment.  For a few weeks we were split up at different bases, but in the last couple of weeks we’ve been together.  The last two days have been illuminating.  We had the expected “slow-down” near the end of fire season, with the signs of fall coming….

When the pickup trucks start sporting snowplows, it’s a sign that fire season is ending.

I was struck with how the “partnership” of the formation had become wordless.  Somehow, we both knew who was leading today, and who was flying wing.  Communication had become economical…minimal words were spoken.  “I’m with you” took the place of “okay, you will fly lead, and I’ll fly wing, and we will go out as a flight of two, and you do the communication with tower, and I’ll call dispatch”.

Flying a fire….load, depart, make the drop, return…repeat.  For a few days our company frequency was clogged, so our communication was even more silent.  It was his day to lead, and he would give me the perfect “curve” for the join-up.  Power set, angle set, the join-up complete with minimal power change.  The day was long, but effortless.

Lead calls tower.  Wing calls dispatch.  Company frequency is quiet except for the occasional “look at that clump of trees turning color”.  Silence sets in.  I look over my shoulder….

And there he is.  Predictable.  Smooth.

My Mobile Home has nice neighbors.

Having survived the medical world for a few decades, I'm pursuing flight, firefighting, wrench turning, and enjoying my family. I have a passion for "warbirds" specifically the P51 and T-6, the Corsair, and do airshows in those planes. I fly "The Mighty 802" fighting wildfires, and have a great time in my SX and Husky. Oh, yeah, I occasionally show up at the hospital and pass gas.

2 thoughts on “My Mobile Home”

I'm glad you stopped by. You are welcome to read, comment, discuss, etc. However, no mean, disrespectful comments or hatefulness please. I reserve the right to make such remarks, myself however (after all, it is *my* blog...)